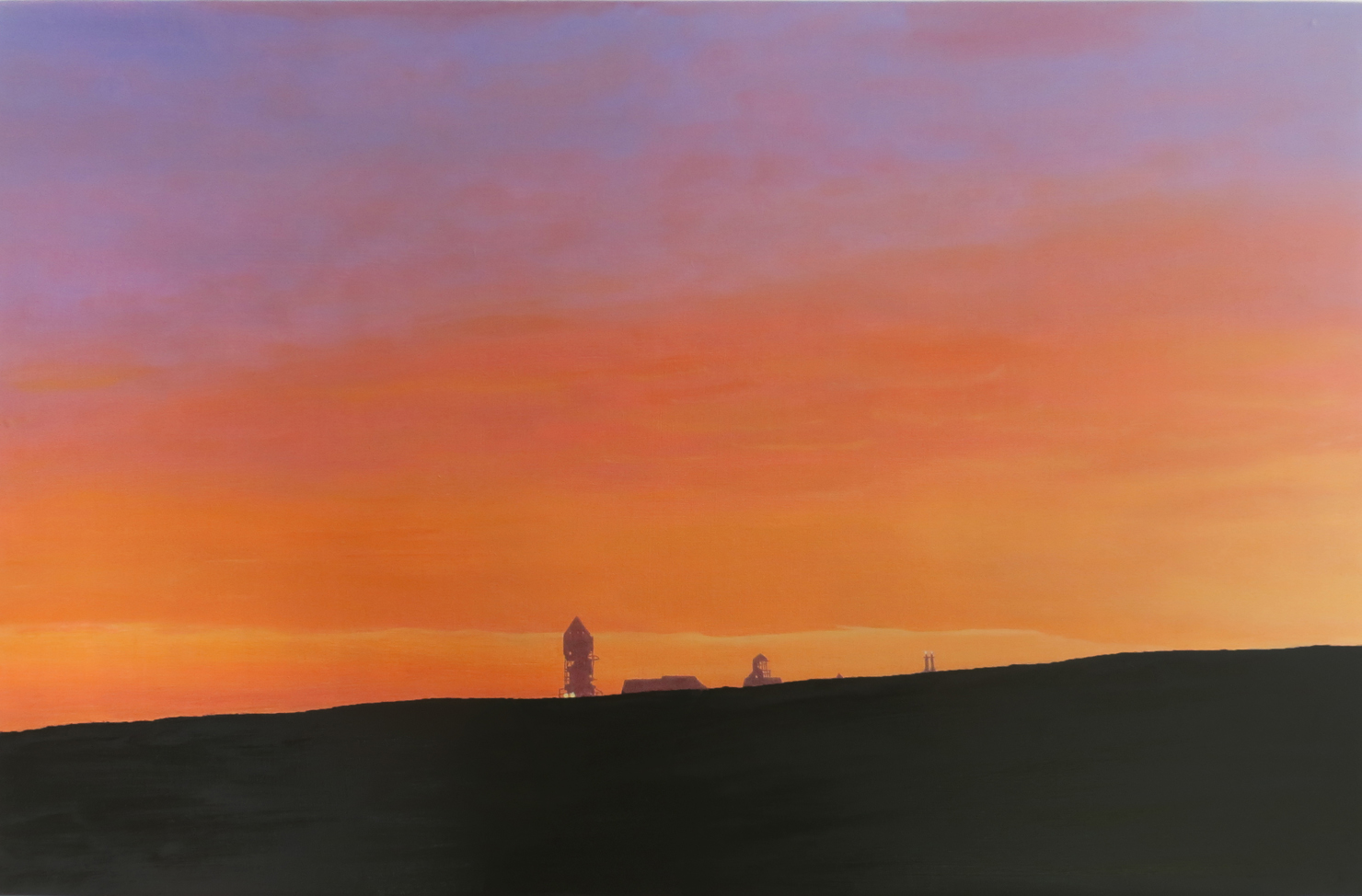 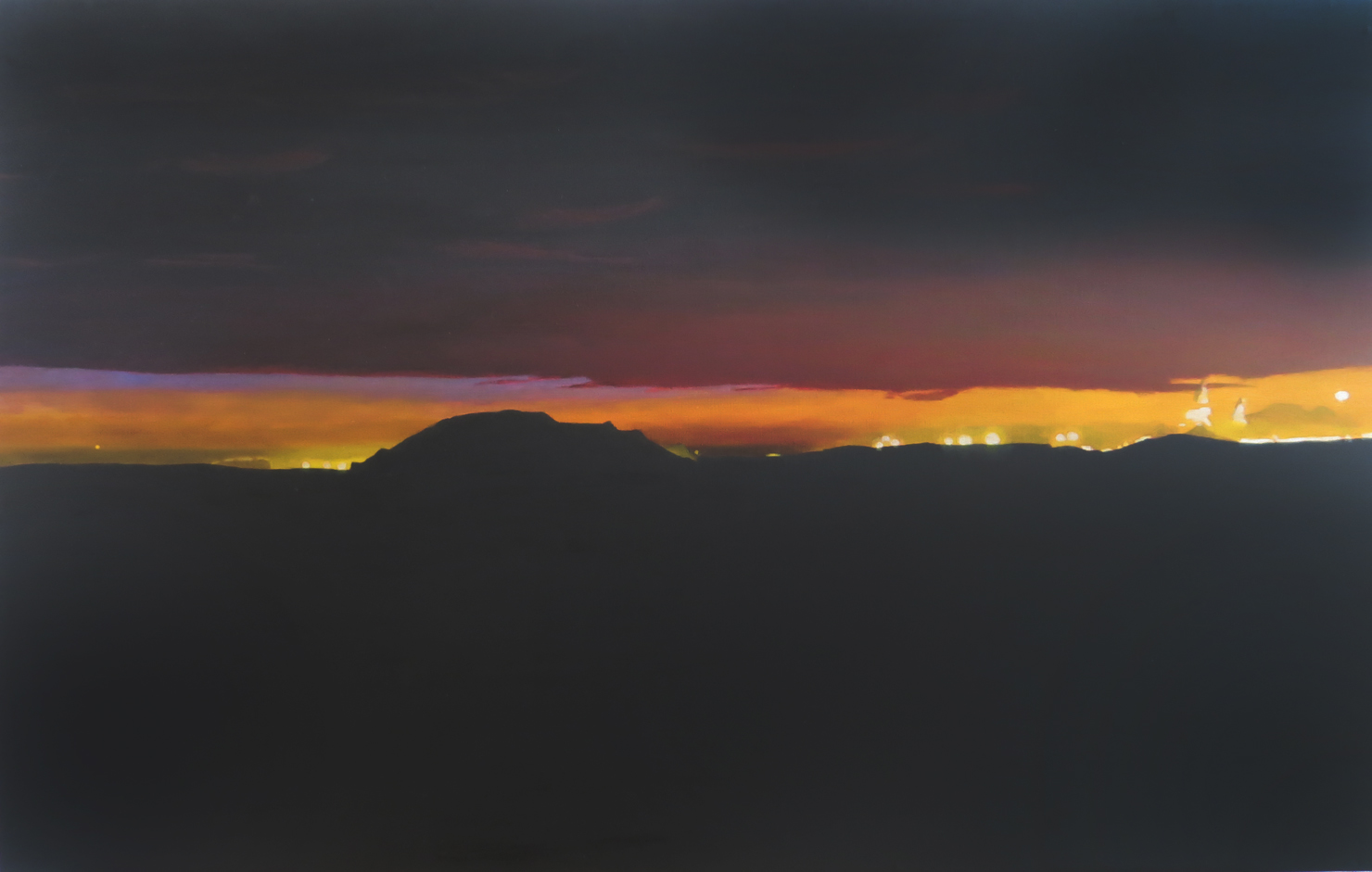 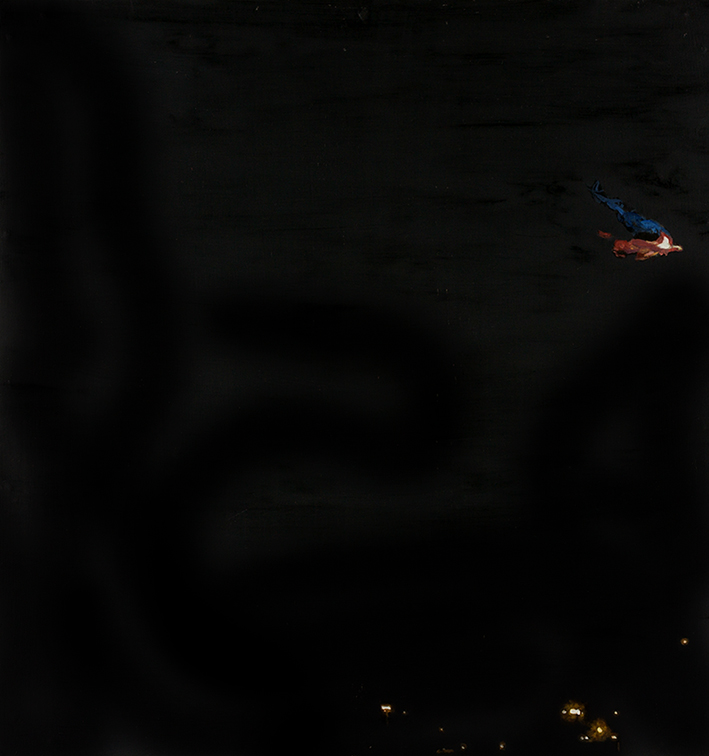 Portuguese explorer Antonio de Saldanha pulled in to the bay that now bears his name when looking for a refreshment stop in 1501. Had he found fresh water there it might have become an important stop on the journey around the horn and the geographical history of the Cape might have been quite different. As it is, Saldanha Bay has now become an important port for the export of locally-produced steel.

The paintings progress in a chronological order, from twilight into deep night. However, in the same order they also create a visual metaphor for delving into the earth, from the wide open through a fissure and into the darkness below to mine the iron ore that is sent by rail from the Northern Cape down to the Saldanha Steelworks.

The steelworks themselves were previously the state-owned Iscor, but under the democratic government the industry was privatised and the Saldanha Steelworks were sold to the multinational steel-producing firm ArcelorMittal. The steel production industry remains protected by the SA government but their advantages are not passed on to local consumers, who still pay international prices for locally supplied steel. In this sense, it serves as a metaphor for the post-apartheid government, who have access to tremendous resources and opportunities, but have failed to pass those on to their citizens, preferring instead to localise the influence and advantages and dispense them to their own stakeholders.